Stephan Baity brings pumpkins to life with his intricate designs 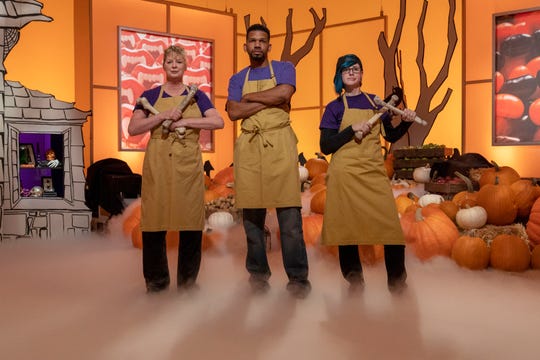 Stephan Baity’s edible works of art don’t last very long, but they bring plenty of joy while they last.

Baity lives in Taylors and is Campus Director of Culinary Operations at Wofford College. In his free time, he is a father of four and a skilled artist who owns Graffiti Carving, where he carves pumpkins and other fruits and vegetables. On Sept. 13, he launches his third appearance on Food Network, this time on “Halloween Wars.” He previously appeared on “Hayride of Horror” in 2017 and “Cake Wars: Christmas” in 2015.

In “Halloween Wars,” six teams, made up of an expert pumpkin carver, a cake artist and a sugar master, compete over five episodes to create Halloween-themed edible displays. The grand prize for the competition is $50,000.

“Competing is a lot of fun and when you get to do it at a global/national level, it sweetens the pot,” Baity said.

Baity said he has developed a bit of a faithful following that enjoys his TV time as well. And that includes all ages – kids are vocal and passionate in their support and college students aren’t shy about rooting for him as well.

In addition to his Food Network appearances and his other culinary work, Baity and company – children Seth, Olivia, Mikayla and Judah Rose – get in the kitchen together at home. Cooking with his own family is as messy and fun as expected.

“It’s a madhouse in there,” he said. “Being the Executive Chef at Wofford College is easier than having those four little people in the kitchen.” 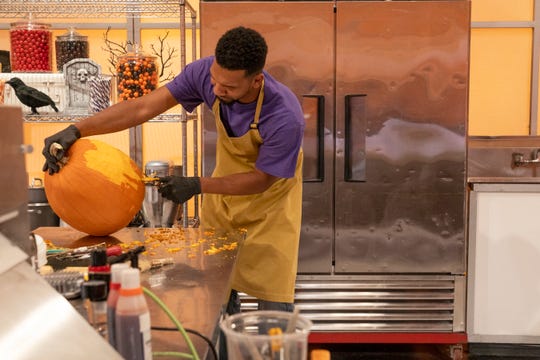 As families plan for their own Halloween at home this year, Baity said there are a few tips to keep in mind with their pumpkin art.

·      “If you don’t feel comfortable carving, you can do what I do with my youngest and that’s paint a pumpkin,” he said. “You have the same amount of expression and you don’t have the fear of someone injuring themselves.”

·      Pumpkin carving kits, with scoops and tools, can make life easier, especially if you can make one available for each child. “You will cut down on the arguing,” Baity said.

·      Baity said parents Stay away from tradition. “Who says that a jack-o'-lantern has to have two eyes and a mouth? It can have one eye and be a cyclops.”

·      Treat your pumpkin like a Mr. Potato Head. Dress it up or glue on decorations to make it a one of a kind work of art.

“Halloween Wars” premieres with a two-hour special at 9 p.m. Sept. 13 on Food Network. The show continues at 9 p.m. Sundays through Oct. 11. For more information, visit https://www.foodnetwork.com/shows/halloween-wars.