Ari Robinson feels more at home on the stage or in the classroom than in the kitchen. That might change when she competes on “Worst Cooks in America” 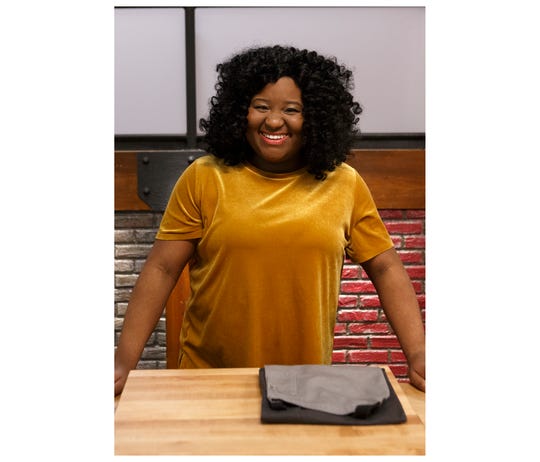 Ari Robinson feels more at home on the stage or in the classroom than in the kitchen, but that might change when she competes on the upcoming season of “Worst Cooks in America,” premiering on Food Network at 9 p.m. June 21.

Robinson and her family make their home in Simpsonville. She is a middle school teacher by trade, but took the past school year off to spend time preparing to grow her family through adoption and work in her second career in standup comedy. Her sense of humor shines through in everything from her challenges in the kitchen to parenting kids and adopting in the middle of a pandemic.

In March, Robinson, her husband and their two sons welcomed two more sons and a daughter. The family grew just before schools switched to virtual learning.

But in February, Robinson took a break from normal life to get a crash course in cooking in a competition that could result in a substantial prize. The show features chef Anne Burrell, along with Iron Chef and “Supermarket Stakeout” host Alex Guarnaschelli, who serve as mentors to the 14 “worst cooks” as they try to sharpen their culinary skills. The one who makes the biggest transformation during the seven-episode season walks away with a $25,000 prize.

Robinson said she and her husband saw the opportunity online.

“My husband was like, ‘you should really go on there,’” she said. “First of all, that’s kind of rude. Second of all, I’m not that bad.”

Apparently, that’s still up for debate. Robinson can’t give away too many details about the show, but she is willing to say that the experience has changed mealtime at her house.

“I learned on day one, girl, you’re not even holding your knife correctly,” she said. “How have you not killed yourself in the kitchen by now?”

Viewers will have to tune in to see just how much Robinson learns, but at least some lessons stuck. 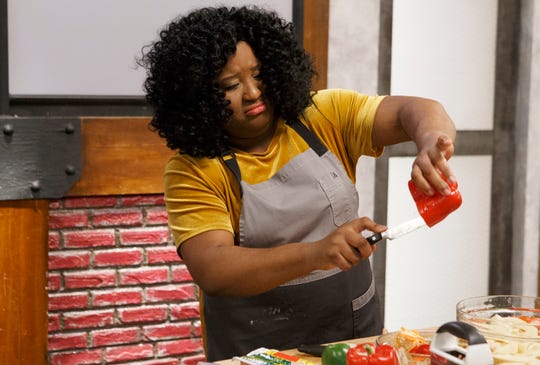 “I’d never cut a real onion or a real garlic clove,” she said. “I had onion powder and garlic powder. Why did I have to cut it if someone else went to the trouble to cut it and grind it up for me? I learned how to cut both of those things, so now I buy real garlic and real onions. That’s been really nice. My food tastes a little bit better just from that alone. Basic stuff like that – how to hold a knife, temperatures that food is supposed to be cooked to so you don’t actually kill somebody. That was very helpful.”

While filming a TV show was a new experience, Robinson said it was a wonderful one.

“Other than college, this was the best experience of my entire life,” she said. “It was so much fun. We really felt like kids going off to college. We were away from our kids and our responsibilities. Everybody on set was so welcoming and so friendly. The chefs – even though they have to be hard on us, you knew it was coming from a place of love, just as if it was a teacher or a professor pushing you to do your best because they can see the potential in you.”

No matter what the show’s outcome, Robinson is loving life as a mom.

“Now, we’ve got four boys and a girl,” she said. “It’s been the most beautiful thing. Our family has been very blessed. More kids are more joy, more love, more family time.”