An injury led to volunteering and a plan for the future

Rothani is a 17-year-old senior at Greer High School and an avid volleyball player.

“Back in May of 2018, I tore my ACL while I was playing volleyball at one of my tournaments,” she said.

The knee injury resulted in surgery and time away from the court – at least as a player. Rothani admits that she was down after the injury.

“I didn’t want to sit at home beating myself up,” she said. “I said, if I’m not able to play, I want to teach someone else to play.”

She turned to the Eastside YMCA.

“I coached 13 and under for one season and then 13- and 14-year-olds for my last two seasons,” she said. “I learned that I have a lot of patience. I felt like a teacher. I learned how to do things in a different way than I was used to. The girls taught me how to be a better person. It was a great experience for me. When I first got hurt, I was upset. I thought my volleyball career was over. I had no motivation to want to get better. Reaching out to the YMCA gave me hope.” 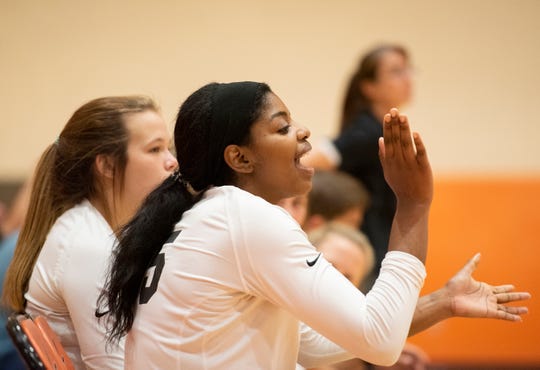 But Rothani’s new passions didn’t stop at coaching. She now plans a career in nursing – a decision that is largely influenced by her experiences after her injury, including her volunteer work.

“That came from when I had my surgery,” she said. “I got to meet my nurse anesthetist before my surgery. I was doing my rehab and I started doing more research.”

Nursing is not new to Rothani’s family, and she has found that she wants a career that allows her to help others feel better.

“Nurse anesthetist is for me,” she said. “That’s what I want to do.”

In addition to her volunteer time as a volleyball coach, Rothani also serves as a teen volunteer at Prisma Health’s Greenville Memorial Medical Campus.

“I was assigned to med/surg and trauma and surgery waiting,” she said. “I had to do a lot of reassuring. I got to talk to a lot of the nurses. I really got a hands-on experience. I really enjoyed interacting with the nurses and doctors and surgeons and getting to see why people were there. It was never a boring day at the hospital. There was always something new.”

Rothani said creating relationships with some of the families of patients made an impact on her.

“They would say that I brought a smile to their face,” she said.