Last year, Jennifer Weaver and her husband took their two teenage sons to Munich and it was one of the best family vacations they’ve ever had. Check out her itinerary. 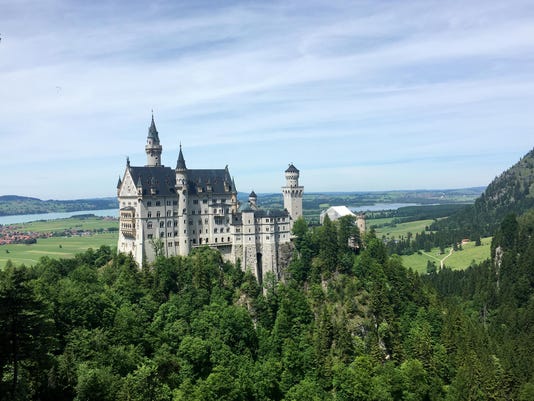 When you think of Munich, Germany, you often think of Octoberfest, beer and sausages. While these things are plentiful in the city, a host of other attractions make it a wonderful place for a family vacation.

Last year, my husband and I took our two teenage sons to Munich and it was one of the best family vacations we’ve ever had. The city is charming and offers a great experience for all ages.

Marienplatz is a wonderful place to begin your time in Munich. Located in the heart of Munich, Marienplatz offers gorgeous architectural sights, shopping and, of course, a nearby beer garden. Unlike American bars, German beer gardens are child-friendly. While you are at Marienplatz, visit the toy museum located in the Old Town Hall. Old Town Hall was destroyed during World War II but rebuilt following the original 15th century plans.

More:How to save money and stay sane on your summer vacation

When going to Marienplatz, it is important to keep in mind the time for the chiming of Munich’s famed Cuckoo clock, Rathaus-Glockenspiel. The giant clock consists of 43 bells and 32 life-sized figures and tells the story of the marriage of Duke Wilhelm V and Renata of Lorraine. The highlight of the show is a joust with knights on horseback. Near Marienplatz, plan dinner at Munich’s most famous beer hall: Hofbrauhaus. Enjoy a variety of beers, Bavarian music and dance.

A trip to Europe would not be complete without a visit to a castle. Munich is just a day trip away from one of Europe’s most visited castles: Neuschwanstein. While you may not recognize the castle by name, you will find it familiar. Neuschwanstein Castle was the inspiration behind Disney’s Sleeping Beauty Castle. Set amid the backdrop of the Bavarian Alps, the grounds and outside of the castle are a sight to behold. Inside, you will find opulent rooms including a lavish throne room. Along the tour, you will hear the fascinating history of the castle and its builder, King Ludwig II, known as the mad king and the fairy tale king.

When back in the city, the English Garden is a great place to take a break from city touring and just play. The 900-acre park offers room to ride bikes, jog or walk. There are even playgrounds for the youngest visitors. Be aware that there are topless sunbathers in the park. The most unique aspect of the park is its river. A small river lock forms a permanent wave on the river and you can watch as experienced surfers line up to try riding the river waves.

History buffs will appreciate the World War II history in the city. Take a walking history tour to learn how some of the buildings in Munich were used during the war. Before leaving Munich, parents of older children should also consider a trip to Dachau Concentration Camp Memorial Site, about 30 minutes outside of the city of Munich. It is a sobering trip that will leave you changed. Due to the graphic nature of the crimes committed in the camp, I would not recommend it for young children. Dachau was the first Nazi concentration camp. In the 12 years of its existence, more than 200,000 people from all over Europe were imprisoned here and in its subsidiary camps, and 41,500 were murdered. On April 29,1945, American troops liberated the survivors. The memorial site gives a closer look at conditions and tells the stories of its inhabitants.

A trip to Munich is a vacation that your family will never forget. It is truly a bucket-list worthy trip!

More:Mom: The Park at Flat Rock, N.C. alone is worth a trip