March is the perfect time to curl up with a good book. 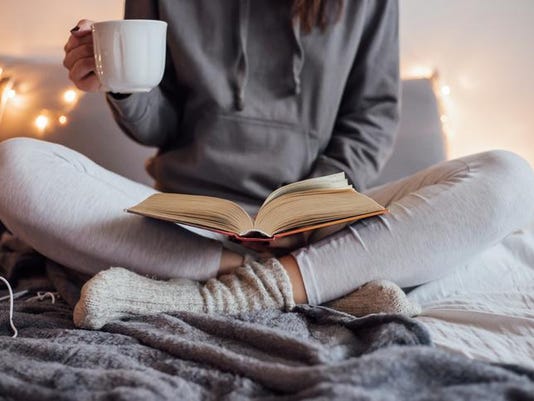 Grab a book and read with one of these suggestions.(Photo: petrunjela / Getty Images/iStockphoto)

March is the perfect time to curl up with a good book. Of course, I can’t think of a bad time to read. My biggest problem is deciding what to read first. We asked Patty Jones from Joe’s Place and Anne Water from Hub City Bookshop for some suggestions on what to read next.

A teenage bride is left to care for her husband’s farm while he fights on the front line of the Civil War. While he is away, his wife is accused of birthing and murdering a child. Inspired by a true story, “It is a super read, taut with suspence,” said Waters. “The book is a lot of fun for Upstate readers because it is set in Spartanburg.”

“The Book of Speculation” By Erika Swyler

“In this book a librarian learns about his family history from a book he receives,” said Jones. “The book is a travel log from the owner of a traveling circus. It turns out to be a huge mystery as the librarian tries to find out the truth about his family.”

“The Rainbow Comes and Goes: A Mother and Son On Life Love and Loss”By Anderson Cooper and Gloria Vanderbilt

Cooper realizes as his mother ages, that he doesn't know much about her early life. The book is a series of email correspondence between the two.

“I didn't expect to like it.” said Waters. “It is a frank book, Vanderbilt lived a full life, focused on own life instead of motherhood, but the book shows a wonderful bond between the two.”

“This is an amazing story,” said Jones. “It is written as a series of letters that were written during World War II. It almost seems like nonfiction. It’s sad and sweet at the same time.”

If you don't have time for a novel, American Housewife might be the book for you. It is a satyrical collection of short stories about not-so-typical American housewives.

“It is funny and relatable,” said Jones. “Just read the first two pages and you will be hooked.”

“It is a beautiful book of mini biographies of women in history,” Waters said. “I loved it because it featured more than just the women you expect. It had women like Annie Oakley and Elizabeth Zimmerman who launched career in knitting world. It would be a lot of fun for a mother and daughter to read together.”