Review: 'The Book of Henry' is good for date night—but not kids

The drama "The Book of Henry" tackles tough parenting topics in a unique way.

Review: 'The Book of Henry' is good for date night—but not kids 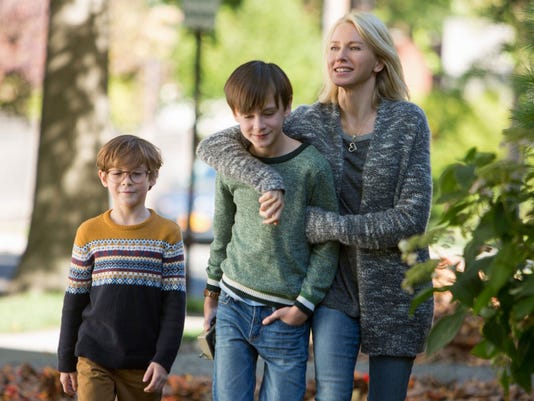 “The Book of Henry” is an intriguing drama about single mom raising two boys, with the oldest child being a genius. The movie starts out kid-friendly, but quickly spirals into a suspenseful thriller.

I liked the artsy feel of the movie. In journalism school, they taught us to show don’t tell and that’s exactly what the filmmakers do. There are children acting like parents, and parents acting like children. (If you’ve ever felt like your child is smarter than you are, then you will appreciate this nuance).

My husband and I went to see this film on our date night and very much enjoyed it. It’s definitely a film for grown-ups rather than children. Much of the story focuses on the child actors in the film, but there are intense themes of abuse, murder and taking the law into your own hands, which are likely too much for young viewers.  Teenagers should be fine, of course. There is some violence in the movie, but it’s mostly implied and the viewer must use their own deductive reasoning to put the pieces of this story together.  The characters are convincing and believable, the plot grabs your attention, draws you in, and leaves you wondering what will happen next.

The story begins with 12-year-old Henry Carpenter (played by Jaeden Lieberher) and his younger brother, Peter (Jacob Tremblay) being raised by their mother, Susan (Naomi Watts), who works as a waitress. They manage to live comfortably, because Henry plays the stock market with a portion of his mom’s paycheck. Yes, Henry pays the bills and handles all financial matters. He tells his mother that they can live on investments, and she really does not have to work at all.

While Henry calls his stockbroker and watches the family finances, his mom plays video games on the sofa. But Henry isn’t just book-smart. He is empathetic, and loves his mom and his little brother, even rescuing Peter from bullies at school. Henry has a crush on his next-door neighbor Christina (Maddie Ziegler,) but is too shy to talk to her. Henry peeks at Christina through the windows, and discovers her stepfather abusing her. Henry is so disturbed by what he sees that he wants to rescue Christina from her evil stepfather.

Henry reads books on crime investigation and contacts Child Protective Services. The problem is that Christina’s step dad is the local police commissioner, and Henry’s anonymous reports to authorities are not taken seriously.

To protect Christina from her abusive stepfather, Henry comes up with an elaborate plan to rescue her and writes about it in his journal book. Eventually, Henry's mother discovers the book and decides to put Henry's scheme into motion. Without giving too much away, the scheme turns out to be a wild scavenger hunt. Susan is tempted to take the law into her own hands. Along the way, Susan realizes that she must be the parent and that Henry, as brilliant as he is, is still a child.

"The Book of Henry" explores how far a parent would go for a child, especially when their life is in danger. When a child is being abused, almost everyone seeks justice—and when you don’t get it, there’s a temptation to take matters into your own hands. The main character, Susan, admits that she doesn’t know how to be a mother. She allows her son Henry to take the lead, because he is a genius. However, a dynamic shift that occurs between parent and child. Susan finds her compass, and realizes that she must be the parent. Personally, I found this nuance intruding and suspenseful as it unfolded on the screen. Afterwards, it made for lively discussion with my husband. This really is a good date night movie.

"The Book of Henry" is rated PG-13 for thematic elements, profanity and brief strong language. It's now playing in theaters nationwide.