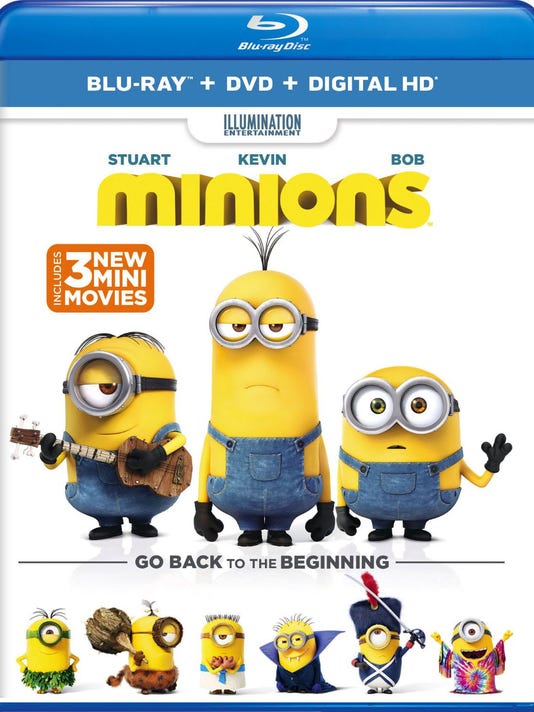 Great for ages 10 and older

Featuring a cast of familiar faces from The Disney Channel and more, “Golden Shoes” is a story about 8-year-old Christian Larou (Christian Koza), who has always dreamt of being a great soccer player. When his father is deployed to Afghanistan and his mother is hospitalized, he turns to the game he loves for escape from bullies and life’s difficulties. When he’s gifted a special pair of “soccer boots,” Christian finally finds his dream within reach. As he tries to lead his team to a championship, can he find it within himself to develop his game without magic?

“Golden Shoes” is an inspirational family film that has decent production value and a surprisingly large cast of familiar actors, but the story comes across as somewhat confusing and very ridiculous at times. Most adults will be bored, but military families and kids who love soccer might enjoy this one.

What’s good: Christian is close to his mom and a good role model. There’s a strong message of not giving up.

Great for ages 5 and older

Releasing Dec. 8, the blu-ray and DVD include three brand new mini movies featuring the Minions. In case you're not familiar with them, Minions are the little banana-loving, yellow, pill-shaped henchmen from the "Despicable Me" franchise. In this prequel, we learn where the Minions originated — in the ocean, apparently — and witness their journey through the ages as they search for the biggest, baddest villain they can find and follow. The majority of the movie occurs in 1968, when three Minions named Kevin, Stuart and Bob venture out of the Minion's cave — seriously, they've been living in cave — in search of a new boss. They end up in New York City, where they learn about Villain Con, a Comic Con-style gathering of criminals soon to be held where else but Orlando, Florida. Teaming up with the world's first female super villain Scarlett Overkill (voiced by Sandra Bullock) leads the three accident-prone Minions to England, where they're tasked with stealing the royal crown jewels.

There were a few instances of bare Minion buttocks on display and played for laughs, and another instance when three guards strip to their underwear and dance. There is also a fair amount of cartoon violence as various mishaps occur and villains go on a rampage, and quite a bit of juvenile humor.

Honestly, if you've seen either of the "Despicable Me" movies released before "Minions," I doubt there will be any surprises here. The children I viewed it with loved it. Most adults, however, probably will agree it's not nearly as good as the other films.

What’s good: The Minions are still adorable and funny.

Great for ages 13 and older

"Ant-Man" follows ex-convict Scott Lang (Paul Rudd), fresh out of prison for breaking into a corrupt corporation and transferring money back to workers who deserved it. Don't worry. Scott is, of course, a good guy at heart. Now that he's a free man, he's determined to do right by his young daughter, Cassie, but being an ex-convict makes it hard to get and keep a regular job. Eventually, Lang ends up being recruited by a reclusive millionaire, Hank Pym (Michael Douglas), who wants Scott to don the Ant-Man suit Pym designed decades ago and stop others from learning the suit's secrets. It turns out Pym's prodigy, Darren Cross, has replicated a version of the suit and is selling it to the highest bidder for mass weapons development, but Cross's motivation is revenge and greed.

"Ant-Man" is probably the goofiest Marvel superhero movie so far, and one might go so far as to say it's more of a heist film than a superhero one.

What’s good: Watching “Ant-Man” shrink and interact with ants will be fun for kids.